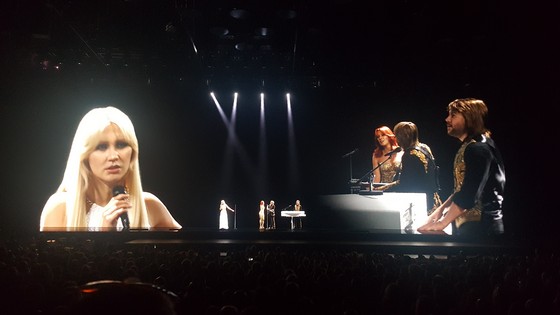 Okay so it’s not really ABBA but holograms, but unless you knew beforehand you wouldn’t know.

From their first arrival from beneath the stage they look solid and move as natural as can be, even the glitter dresses move and reflect light perfectly.

Musically it was spot on, the live band playing along to the vocals and even going solo on one song.

On This Day June Mckenna Grace 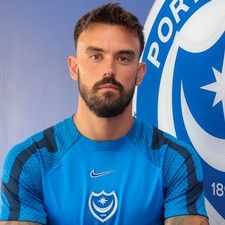 Pompey have completed the signing of Marlon Pack on a two-year deal.

The 31-year-old Portsmouth-born midfielder has returned to the club where he began his professional career.

After progressing through the academy, he made two senior appearances in 2010 before departing for Cheltenham.

Pack has since played Championship football for Bristol City and Cardiff, departing the latter club at the end of last season.

Pack spent time on loan with Wycombe, Dagenham & Redbridge and Cheltenham during his first spell at Fratton Park.

His senior appearances for the Blues came in a League Cup tie with Crystal Palace and a Championship clash with Cardiff.

Pack moved to Whaddon Road on a permanent basis in 2011 and twice helped the Robins reach the League Two play-offs, being named in the PFA Team of the Year on both occasions.

He then signed for Bristol City and was a regular member of the side that secured both the League One title and the EFL Trophy in 2014/15.

Pack continued to impress in the Championship and made a total of 282 appearances for the club, then went on to feature more than 100 times in three seasons with Cardiff.

Updates have been few and far between on this site mainly due to me being very busy re-organising my synthesizer collection which entailed breaking up the old sofa bed that occupied that room in situ and attempting to sort everything out while being unable to move anything out the room.

It is now all laid out on a new bench and rack system and powered by some dedicated switchable boxes.

In hindsight, some of it would have been done differently but on the whole, I am glad it is done although I dread to think what the final cost has been.

She is best known for portraying Emily Lightman in the Fox crime drama series Lie to Me. In the supernatural horror film The Conjuring, McFarland portrayed Nancy Perron.

On This Day June Willa Holland