On This Day September Zoe Kazan 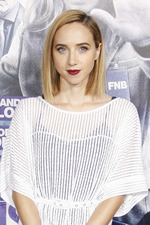 Kazan has acted in several Broadway productions. She also wrote Ruby Sparks and co-wrote Wildlife (2018) with her partner, Paul Dano, who directed the film. In 2020, she appeared in the HBO miniseries The Plot Against America. 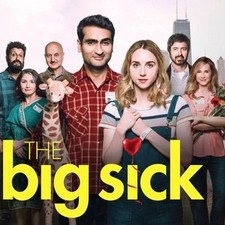 Kumail, an Uber driver in Chicago, is a struggling stand-up comedian with a one-man show about his Pakistani American background. His immigrant parents set him up with Pakistani women, expecting that he will follow their example of an arranged marriage, but he is uninterested.
After a show, Kumail has a one-night stand with Emily, a white student, and they begin a relationship. Kumail does not tell his family, fearful they will disown him. After five months, Emily finds photos of the women Kumail’s parents have set him up with. When he tells her he does not know if they have a future, she breaks up with him.

Kumail learns that Emily has been hospitalized; she has a serious lung infection and must be immediately placed in an induced coma. He signs the permission form and calls her parents, Beth and Terry. Aware of their daughter’s messy breakup with Kumail, they tell him he is not needed, but Kumail stays and the three become closer as they deal with Emily’s illness. Beth and Terry attend one of Kumail’s stand-up gigs, during which a racist audience member heckles Kumail, causing Beth to defend him.

Surgery is ineffective and the infection spreads to Emily’s kidneys. Beth wants to transfer Emily to a different hospital, but Kumail and Terry disagree. Beth and Terry argue, and Terry stays at Kumail’s apartment. Terry reveals that he cheated on Beth before and regrets it.

Kumail’s parents visit, angry that he is not taking their marriage suggestions seriously. Kumail tells them that he does not want an arranged marriage and reveals his relationship with Emily. His parents disown him. Before an audition for the Montreal Comedy Festival, Kumail learns that the infection has reached Emily’s heart. Distraught, Kumail tearfully recounts his fears about Emily’s condition and fails the audition.

When Kumail mentions that Emily had an ankle injury that was slow to heal, the doctors realize she has adult-onset Still’s disease, a serious but treatable illness. Emily wakes from her coma and, still pained from their breakup, Emily tells Kumail to leave. Nevertheless, Beth invites Kumail to Emily’s homecoming party. Emily refuses to take Kumail back, reminding him that while he may have had a transformative experience during her illness, from her perspective nothing has changed.

Kumail decides to move to New York City with two comedian friends. He tells his family about his plans and refuses to allow them to reject him. Emily discovers a video of Kumail’s disastrous audition in which he spoke about his feelings for her, and goes to find him after his show. Before she can explain, he tells her he is moving. Emily tells him she appreciates everything he did for her while she was in the coma and wishes him well in New York.

As Kumail prepares to depart, his parents visit. His father tells him they are still angry, but gives him a dish of his favorite food and asks him to stay in touch. As Kumail performs in New York, he is heckled by someone in the crowd; he sees that it is Emily. 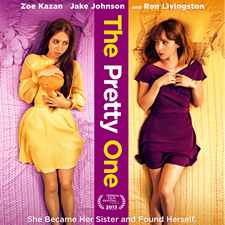 Laurel and Audrey (Zoe Kazan) are identical twins. Although they look the same on the outside, their personalities are very different, with Audrey being popular, sophisticated and successful while Laurel is shy, childlike, awkward and still living at home with their widowed father (John Carroll Lynch) and his new fiancée, and helping him with his work of reproducing famous paintings. At their birthday party, Audrey decides to take Laurel to live with her, and in preparation to the move, Laurel gets a new haircut that makes her look like her sister. Returning from the hair salon, they get in a severe car crash together, and when Laurel wakes up in the hospital, she is informed that her sister has died. Suffering from post-traumatic amnesia, Laurel doesn’t remember who she is at first and due to her new haircut and the fact that the deceased’s body was burned beyond recognition following the accident, everybody assumes she’s actually Audrey. On the morning of her sister’s funeral, Laurel remembers her actual identity but decides to keep everyone thinking that was Laurel the one who died in the crash, especially when she realizes nobody at her funeral has anything to say about her.

Laurel flies back to the city where Audrey used to live and work as a real estate agent. There, she meets her late sister’s tenant, Basel (Jake Johnson), who is confused about Audrey’s sudden change of personality, because Audrey was never nice to him before. While posing as her sister, she learns that Audrey had a married boyfriend, Charles (Ron Livingston), but broke up with him before the accident. Laurel continues to spend more time with Basel and Audrey’s best friend and coworker Claudia (Frankie Shaw), who grows suspicious due to Audrey’s change of behaviour and sudden lack of skills at work.

Laurel returns to her father’s home, who’s also shocked to hear what Laurel did, while at the same time being relieved that the daughter he felt closer to is still alive. They have another funeral for Audrey, and after talking to Claudia and receiving praises and encouragement from her father after showing him her original paintings, Laurel eventually comes to terms with her own insecurities about being the less worthy sister. She returns to the city as herself and looks for Basel who’s still upset but also still in love with her. In the end, he forgives her, and they share a kiss and start making plans for the future. 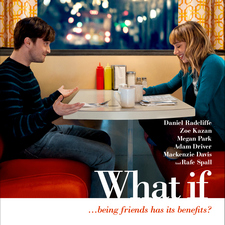