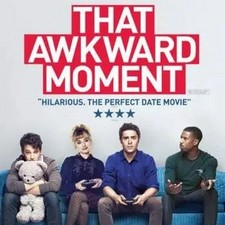 Jason is sitting on a bench in New York City waiting for someone to arrive. A voiceover explains that he has been waiting for a long time, but to explain why he needs to go back to the beginning. Jason begins by telling the audience that every relationship reaches the “So…” moment, where someone in the relationship will want to take the relationship to a more serious place. At that point, Jason knows the relationship is over, as he is not ready to start dating.

Jason is currently working with his best friend Daniel at a publishing house designing book covers. Their friend Mikey, a young doctor who has been married to Vera since the end of college, comes to them after Vera requests a divorce. The three decide to go out to a bar and celebrate being single. The group meets up with Daniel’s female wingman, Chelsea, as they try to get Mikey’s mind off of his wife. Mikey meets a girl with glasses, while Jason meets Ellie, and hits it off with her after teasing another man that was trying to buy her a drink. Mikey gets “Glasses” number but puts off calling her, resolving to work it out with Vera. Jason sleeps with Ellie but leaves her apartment in a hurry after jumping to the mistaken conclusion that she is a prostitute.

The next day, Jason and Daniel make a book cover pitch to a new author, who happens to be Ellie. Jason is able to explain himself and the two begin seeing each other on a regular basis. Meanwhile, Daniel begins to fall for Chelsea, and the two begin seeing one another. Additionally, Mikey meets with Vera, and when she claims that the reason their marriage fell apart is that he is not spontaneous enough, Mikey kisses her, and the two sleep together in the hospital, reigniting their romance. All three friends attempt to keep their relationships a secret, due to their earlier agreement that they would stay single. The relationships all come to a head during Thanksgiving, a time that the three friends usually spend together, but varying circumstances keep them apart. Jason agrees to attend a funeral for Ellie’s recently passed father, Mikey plans a Thanksgiving dinner with Vera, and Daniel attends the traditional Thanksgiving feast with Chelsea, free to openly tell the guests about their relationship.

Mikey calls “Glasses”, setting up a date, and Daniel reunites with Chelsea after being hit by a taxi and ending up in the hospital. However, Jason has still not reconciled with Ellie, despite still being in love with her. Two months later, Mikey and Daniel help Jason by encouraging him to tell her of his love at her weekly book readings, which are usually sparsely attended. However, upon their arrival, the reading is full and Jason is unable to figure out a way to talk with her. He decides to make a scene by improvising a book reading, referencing their first meeting and requesting that they start over by meeting in Gramercy Park.

Returning to the beginning, Jason is waiting for Ellie in Gramercy Park. Four hours later, Ellie joins him on the bench, and Jason begins with “So…” 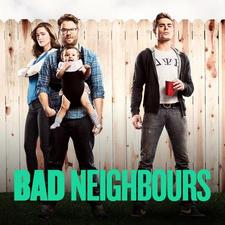