On This Day April Audrey Whitby 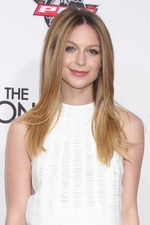 Her first major role was Marley Rose on the Fox musical comedy-drama Glee (2012–2014), where she was a series regular during the fifth season. She rose to widespread prominence for portraying the title character on the CBS / CW superhero series Supergirl (2015–2021), along with related media in the Arrowverse franchise.

Benoist’s film appearances include the psychological drama Whiplash (2014), the comedy-drama Danny Collins (2015), the romantic Western The Longest Ride (2015), the action thriller Patriots Day (2016), the drama Lowriders (2016), and the comedy-drama Sun Dogs (2017). She also portrayed the wife of cult leader David Koresh on the Paramount Network miniseries Waco (2018). On stage, Benoist made her Broadway debut in 2018 as Carole King in the jukebox musical Beautiful: The Carole King Musical.