On This Day April Sophie Reynolds 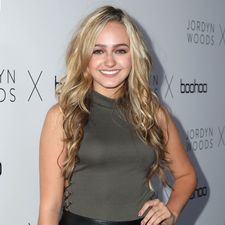 She gained prominence through her role as Ashley Parker in the Disney XD series Gamer’s Guide to Pretty Much Everything. In 2015 she starred in Mostly Ghostly: One Night in Doom House, an adaptation of a book by R.L. Stine. In 2017 she joined the cast of Anna Akana’s YouTube Red series Youth & Consequences.

In 2019 she played the character of Isabel McKenna in the show L.A.’s Finest.