On This Day May Lana Condor Sabrina Carpenter 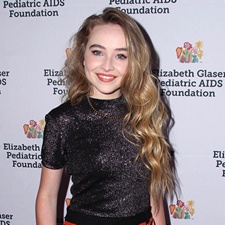 Carpenter made her acting debut with an appearance in the crime series Law & Order: Special Victims Unit and first received recognition for her recurring role as the young version of Chloe Goodwin in the television series The Goodwin Games. She then had her breakthrough starring as Maya Hart in the Disney Channel series Girl Meets World from 2014 to 2017. Carpenter has starred in the feature films Horns (2013) and The Hate U Give (2018) and starred as Jenny in the Disney Channel Original Movie Adventures in Babysitting (2016).