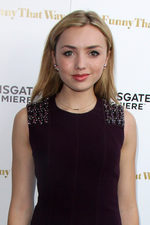 She made her acting debut with the film 27 Dresses (2008), and soon became recognized for playing Holly Hills in the Diary of a Wimpy Kid film series.

List rose to international attention for portraying Emma Ross on the Disney Channel series Jessie (2011–2015), a role which she reprised in the spinoff series Bunk’d (2015–2018). She has since portrayed Laina Michaels in the YouTube Premium films The Thinning (2016) and The Thinning: New World Order (2018), Olivia Richmond on the Hulu web series Light as a Feather (2018), and Tory Nichols in the Netflix (previously YouTube Premium) series Cobra Kai (2019).