On This Day April Olivia Sanabia 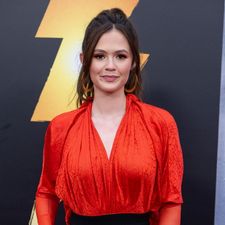 Sanabia started her career as a model and actress, appearing in several commercials.

She continued to appear in small roles on shows, before landing the lead role on the Amazon Prime show Just Add Magic as Kelly Quinn from 2016 to 2019, and its spin-off Just Add Magic: Mystery City during 2020. Since 2018, she has starred in the Disney Channel show Coop & Cami Ask the World as Charlotte Wrather.