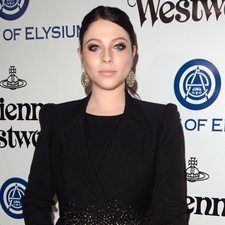 Starting her career at a young age, she has played in a number of commercials, films, and television series. She is best known for her regular role as Dawn Summers in Buffy the Vampire Slayer (2000–2003) and recurring roles as Georgina Sparks in Gossip Girl (2007–2012), and Nona Mecklenberg in The Adventures of Pete & Pete (1994–1996), and for her role as Harriet M. Welsch in Harriet the Spy (1996).

On This Day October Michelle Trachtenberg

It appears that Joss Whedon, as well as being one of the greatest writers ever, is also a bit of a dick.

There had been complaints first from Ray Fisher initially and then later Gal Gadot about Whedon’s antics on Justice League but that film was beset with problems from the start so maybe not an easy set to be on but now allegations have also surfaced about his time as a creator of Buffy The Vampire Slayer.

Charisma Carpenter has been very critical of him, alleging he “abused his power” and made it a toxic work environment, then both Michelle Trachtenberg and Amber Benson have also come out in support whilst Sarah Michelle Gellar, although not making allegations herself, has come out in support of her co-stars.

I find it a bit sad really as it always seemed such a happy set and behind the scenes footage never gave any concerns of unrest and to this day it still remains my favourite ever show.

Goes to prove that when you get someone as vocal as Joss was about women empowerment they are probably hiding something.

I absolutely love this picture from Entertainment magazine to mark the 20th Anniversary or Buffy The Vampire Slayer. Just had to include it here

And in front, the legend himself, Joss Whedon

20 years ago today the greatest TV show of all time first aired. To this day Buffy The Vampire Slayer remains my favourite TV show.

I wasn’t into it from episode one as I thought the film was a bit so so, just remember catching the end of a few episodes as I think it was on before Star Trek. My opinion soon changed.