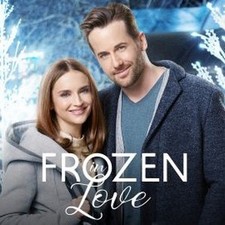 Bookstore owner Mary Cartwright (Rachael Leigh Cook) is struggling to make ends meet in order to keep her bookstore open. Adam Clayborn (Niall Matter) is a hockey player who got booted from his third game due to a disagreement with the referee causing his hockey team’s manager/ex-girlfriend Erica Parker (Tammy Gillis) to suspend him from the upcoming hockey games until further notice.

Mary is given the opportunity to turn her fortunes round in the form of an image makeover, but must work with Adam Clayborn in return under the supervision of public relations worker Janet Dunleavy (Sandy Sidhu) who has connections with Erica. Can the two overcome their animosity, and mutual attraction, to improve both their images?