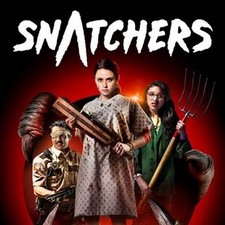 A high school student Sara loses her virginity to her boyfriend Skyler. The next day, she wakes up and finds herself pregnant. She goes to a clinic with her friend Hayley. There, she gives birth to an alien creature. The creature then attacks and kills everyone in the clinic. Sara and Hayley escape but finds that Sara is still pregnant with another creature. They go to Dave, who runs a farm and specializes in animal reproduction. He plans to give a uterotonic to Sara, but they are interrupted in the process and arrested by officer Oscar Ruiz, who had been searching for Sara and Hayley to enquire about events in the clinic. He takes them to the police station and calls Sara’s mother. But the police station is attacked by the creature that Sara gave birth to earlier and kills everyone in the station.

Sara gives birth to the second alien and the first alien controlling Sara’s mother takes it. Sara and Hayley go to Skyler’s house, where Sara realises that Skyler is hypersexual for some reason and demands an explanation from him. But Skyler runs away from the house. Sara and Hayley, with the help of Hayley’s brother, hack Skyler’s computer and find that Skyler has broken an ancient Mayan doll while on a trip to Mexico which released a gas that he inhaled. They realize that the creature is using human beings to procreate and has gone to Sara’s friend Kiana’s party. They go to the party and fight with the monsters and kill them and save Sara’s mother.

In the post-credits scene, a bound Skyler is taken somewhere by a couple of government agents.