On This Day July Jessica Barden 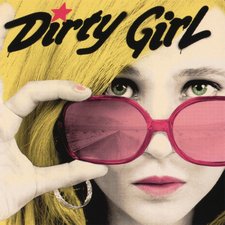 Not quite the comedy the trailer makes it out to be, there is a good emotional drama in there as well. Enjoyable. 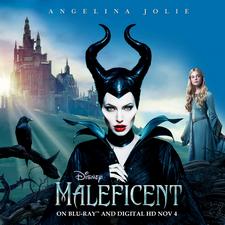 Maleficent is a powerful fairy living in the Moors, a magical forest realm bordering a human kingdom. As a young girl, Maleficent meets and falls in love with a human peasant boy named Stefan. His love is overshadowed by ambition, and as they grow older, the two grow apart and Maleficent becomes protector of the Moors.

When King Henry tries to conquer the Moors, Maleficent mortally wounds him, forcing his retreat. As he lies dying, he declares that whoever kills Maleficent will be named his successor and marry his daughter. Stefan visits Maleficent in the Moors, drugs her, but is unable to bring himself to kill Maleficent. Instead, he severs her wings using iron, which is lethal to fairies, and presents them to the king. Devastated by Stefan’s betrayal, Maleficent turns the Moors into a dark kingdom and transforms a raven named Diaval to serve her.

After some time, Diaval informs Maleficent that King Stefan’s new-born daughter, Aurora is being christened. Vengeful, Maleficent arrives uninvited and curses the infant princess: on her 16th birthday, she will prick her finger on a spinning wheel spindle and fall into a permanent deep sleep. Maleficent mocks Stefan’s plea for mercy but offers an antidote; the curse can be broken by true love’s kiss, which Maleficent and Stefan believe is nonexistent.

Stefan sends Aurora away to live with three pixies — Knotgrass, Thistlewit, and Flittle — to protect her until the day after her 16th birthday. He destroys every spinning wheel in the kingdom and hides their remnants in the castle dungeon. Stefan sends his armies to find and kill Maleficent, but she surrounds the Moors with an impenetrable wall of thorns. In trying to prevent the curse, Stefan slips into madness and paranoia, even neglecting to see his wife on her deathbed.

Maleficent gradually begins to care for the young Aurora when the bumbling and neglectful pixies fail to properly look after her. After briefly meeting Aurora, Maleficent watches over her from afar. When Aurora is 15, she encounters Maleficent. Aware she is being watched over, Aurora believes Maleficent to be her “fairy godmother”. Maleficent realizes that she cares for the girl and unsuccessfully attempts to undo the curse, but it is unbreakable other than by true love’s kiss. Meanwhile, in the forest, Aurora meets a young prince named Philip, and the two are attracted to each other.

On the day before Aurora’s 16th birthday, Aurora tells Maleficent that she would like to live with her in the Moors. When Aurora returns to the cottage, the pixies inadvertently tell Aurora of her past and Maleficent’s true identity. Aurora runs to her father’s castle, upset that Maleficent had never told her about the curse.

To protect Aurora, Stefan locks her in a room while plotting to kill Maleficent. However, the curse’s power draws Aurora to the dungeon. Aurora pricks her finger on a spindle and falls into a deep sleep, fulfilling the curse. Maleficent, intent on saving her, abducts Phillip and infiltrates Stefan’s castle. Phillip’s kiss fails to awaken Aurora. Maleficent apologizes to Aurora and kisses her forehead. Aurora awakens, as Maleficent’s motherly feelings for her goddaughter count as true love.

As Maleficent and Aurora attempt to leave, Stefan and his guards ambush them. An iron net is dropped on Maleficent. Maleficent transforms Diaval into a dragon, who battles Stefan’s guards, but he is eventually captured as well. Before Stefan delivers the fatal blow, Aurora finds Maleficent’s caged wings and releases them. They fly to Maleficent and reattach themselves. Maleficent carries Stefan to the top of the castle’s highest tower but cannot bring herself to kill him. However, Stefan attacks Maleficent as she turns away, and they both plummet from the tower, entwined. Maleficent opens her wings and Stefan loses his grip, falling to his death.

In the end, Maleficent returns the Moors to its former glory, and Aurora is crowned queen to unite the two kingdoms.