I have for a long time been a fan of Janet Devlin after seeing her at the Victorious Festival back in 2013.

Now of course it helped that she was very pretty even though her online videos were often soaked in self-pity but I was a very big fan of her music which persuaded me to join her Patreon page and contributed £50 a month for the continued creation of new music.

Then she got into tattoos, now I am not a fan of tattoos especially to the extent she was having them done but I let that slide and continued paying for new music.

Now she has had a boob job, yes it looks impressive but she looked fine beforehand.

This has put me in the position where I can no longer justify paying money to someone who has spare cash to waste on tattoos and boob jobs. Now the internet is full of people ready to condemn criticism and defend her which is fine but my money is my own and I choose to no longer fund her.

I will still buy her music as and when it released. 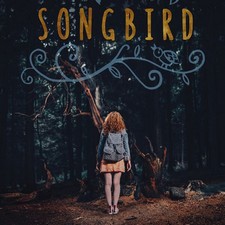 I use to be very keen on Janet Devlin so made a small contribution to this charming tale. My name is in the credits.

A shy young singer has to go on a journey to retrieve her stolen voice from a witch.