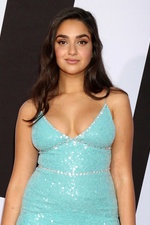 She gained attention in the role of Kayla in the 2018 film Blockers, for which Refinery29 referred to her as “the film’s breakout star”. Viswanathan starred in the 2019 coming-of-age film Hala, as well as Bad Education opposite Hugh Jackman and Allison Janney. She also played a recurring role in the Australian series Janet King, and currently appears in the TBS comedy anthology, Miracle Workers. 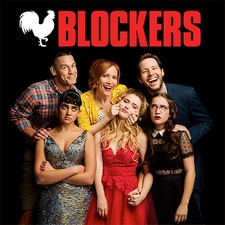 Single mother Lisa Decker drops off her young daughter, Julie, for her first day of kindergarten. She watches on as Julie is joined by two other girls, Kayla and Sam. Kayla’s dad Mitchell and Sam’s dad Hunter introduce themselves and become close friends after seeing the bond between their children.

Twelve years later, Julie shares with Kayla and Sam that she plans to lose her virginity to her boyfriend Austin at prom. Kayla pledges to do so as well, though on a casual basis with her lab partner, Connor. Sam, a closeted lesbian, joins the pact to cement the bond with her two best friends. She goes to prom with the harmless Chad.

Lisa sets up a pre-party for the parents and kids. The girls then head to the prom, texting each other about their sex pact. The three parents hear Julie’s laptop and intercept the messages. Hunter deciphers their emoji codes, and they realize the girls’ pact. Lisa and Mitchell rush to stop their daughters, but Hunter tries to stop them. Hunter shares his intuition that Sam is gay, but at the first party, he sees her force herself to kiss Chad. Wanting to protect Sam from doing something she doesn’t want to do, he joins Lisa and Mitchell’s crusade.

Having been told that the after-party would be at Austin’s house, the parents go there. Instead, they find Austin’s parents Ron and Cathy engaging in sex games. After some awkward moments, Ron reveals that the after-party is at a lake house, but refuses to give the address. The trio realizes that Mitchell’s wife Marcie may have it, and go back to his house. Against Marcie’s wishes, who defends their daughter’s rights, they retrieve the address.

As they follow the girls from party to party, it becomes clear that each parent has their own motivation. Mitchell is overprotective and in denial over his daughter growing up. Hunter feels guilty for neglecting Sam during his bitter separation from her mother, who cheated on him. Lisa is struggling to let go of her only child and is offended by Julie’s plans to go to distant UCLA.

Knowing that Austin and Ron have been texting, the parents return to Ron’s house, intending to grab his phone. After barging in on the couple playing a blindfold sex game, Hunter is forced to go along with it as Mitchell grabs the phone, which reveals that the girls are at a hotel.

When Mitch finds Kayla with Connor, she is initially furious, but ultimately appeased by her father’s good intentions. Hunter finds Sam and they also share a tender moment, where he reveals that a good night was the best he could give her in return for his neglect. After, Sam officially comes out to her father, who is deeply moved at being the first person she told. Lisa sneaks into Julie and Austin’s room and, realizing how much the two clearly love each other, she sneaks unnoticed, leaving the two alone.

The three adults acknowledge that their own friendships have been strengthened. Their daughters are also closer, with Sam coming out to them, to which Julie and Kayla are extremely supportive. They leave Sam with her crush, Angelica, who shares a romantic kiss with her.

Three months later, Sam and Kayla drive with Julie to California. As they drive away, Lisa starts receiving the girl’s group text, filled with plans to get drugs and have condom-less sex. As the three parents run for the car, the girls text that it was a prank, and a final “I love you” to them.

In a mid-credits scene, Mitchell and Marcie are playing the blindfold sex game that Austin’s parents had been playing earlier – only to be found by a shocked Kayla.