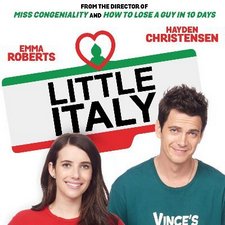 This is totally the type of cheesy rom-com I go for. Not the best but worth a view.

Nikki and Leo both grow up in Toronto’s Little Italy neighborhood, where their families are running a pizza business together. However, the verbal conflict between Nikki’s father Sal and Leo’s father Vince has caused their pizza business to deteriorate, thus resulting in them respectively founding their own pizza businesses next door to each other, which in turn results in Nikki leaving the family to go to London to study cooking. However, Chef Corinne temporarily gives Nikki a break for two weeks to give time for her to work on a cooking menu for the upcoming cooking exhibit.
Upon arriving home in Toronto, Nikki meets Leo at the bar and they drunkenly play soccer in a midst of the thunderstorm. The next day, she is welcomed by her family on her arrival. Vince, Leo and other crew are later arrested for lacing the pizza with marijuana during the party but they are released shortly after. Leo later forms a relationship with Nikki and they sleep together after riding around the town, reliving their childhood memories. Nikki receives a call from Corinne, saying that she wants a cooking menu, otherwise she will promote another chef. Struggling, Nikki expresses her regrets to Leo and confronts him for focusing on soccer instead of the pizza business. Meanwhile, their respective grandparents, Franca and Carlo, become engaged (due to the fact that they have been in love with each other for years and were never rivals from the start). Franca finally agrees to marry Carlo despite a promise from her late husband not to remarry.

Franca and Carlo arrange a dinner for the families. During the dinner Franca and Carlo announce their engagement, causing Sal and Vince to begin exchanging insults. Vince decides to enter a pizza competition against Sal saying that whoever loses will “go out” from “Little Italy”. When the two realize that they are banned from the competition because of a fallout during a previous competition, they decide to have Nikki and Leo enter the competition. Nikki refuses to compete, and she and Leo start arguing about who let who win in soccer when they were kids. When Nikki says that Leo won every time because she let him win, Leo says, “Yeah, like you let me win last night,” alluding to them sleeping together. She slaps him and storms out in anger.

At the competition, Leo is declared the winner and Nikki departs to the airport for London. However, Leo refuses to take the trophy after he realizes that Nikki had purposely switched their sauces so that Leo would stay in Little Italy. Realizing that Nikki has gone to the airport, Leo and the family goes after her. They catch her and Leo pledges to stay with her as she is the only one he wanted, not the pizza or the war between their fathers. Nikki departs, but shortly after, comes back, and Nikki declares her love to Leo after they kiss. After that, they ask Sal and Vince about their fight, in which they admit that the fight was about their parents Franca and Carlo. Back in 1999, after winning the competition, Sal and Vince argued about naming the winning pizza after their respective parent, resulting in the beginning of the rivalry. Franca and Carlo finally announce that they are getting married. Sal and Vince hug each other, formally ending the rivalry.

Some time later, the families celebrate at the pizza restaurant where Nikki has invited Corinne, who reveals that she had to shut down her restaurant after receiving negative reviews from critics. Nikki and Leo, along with the other crew, all dance together. 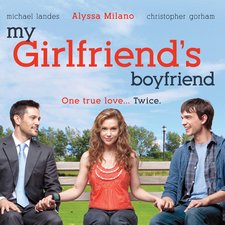