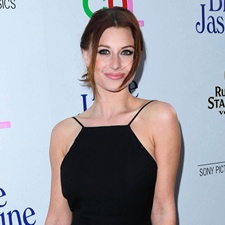 She gained fame for playing the role of Keely Teslow in the Disney Channel series Phil of the Future and has participated in film and other television roles including Rhiannon Abernathy in the film Easy A and roles on the CW series Hellcats and iZombie. Michalka and her sister, actress Amanda Joy “AJ” Michalka, are members of the musical duo Aly & AJ. 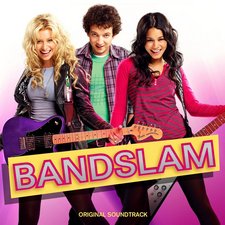 Generic but fun teen rom-com with some good singing talent.

Will Burton (Gaelan Connell) is a music enthusiast and a David Bowie fan. Throughout the movie, Will writes journal-like e-mails to Bowie every day, although Bowie never answers. When Will’s mother Karen (Lisa Kudrow) finds a new job, he switches to a new school, which he is eager to do since he was bullied at his previous one. During lunch one day at his new school, he meets a girl who says her name is written Sa5m but pronounced Sam, the 5 is silent (Vanessa Hudgens). She tells him about Bandslam, an annual music competition in which the winning band gets a recording contract. Will and Sa5m quickly become friends but, shortly after, he is sought after by another girl named Charlotte Barnes (Aly Michalka). One afternoon, Charlotte asks Will to join her in an after-school day-care center. When she starts inviting him to hang out with her, the teenager is stunned—as is his single mother Karen. Impressed by his eclectic knowledge of music, Charlotte, who is a gifted singer-songwriter, asks Will to manage her rock/ska band.
Will agrees to help Charlotte’s band (later called I Can’t Go On, I’ll Go On) which includes Bug (Charlie Saxton) and Omar (Tim Jo), eventually expanding it with more like-minded outcasts. The group’s sound starts to come together and their prospects for success look bright. Will starts losing his “loser-status”, but the band gets in the way of completing a project he was going to do with Sa5m. After spending a day with Sa5m, Charlotte teaches Will how to properly kiss a girl, by demonstrating on him that night, which his mother sees. Will takes Sa5m to the overlook and, after an awkward start, successfully kisses her, after which Sa5m shyly asks Will to accompany her to a movie screening, which he agrees to. However, Will stands Sa5m up, breaking the date for a concert with Charlotte. After that, Sa5m starts ignoring Will at school; he visits her house, hoping to apologize. Her mom shows him a video of a younger Sa5m performing “Everything I Own”, leading Sa5m to be outraged and order Will to leave. As an apology, he makes a touching documentary short about her for his Human Studies project and she eventually forgives him.

After Will accidentally ruins Ben’s attempt to reconcile with Charlotte, Ben decides to do a little research on him, in order to ruin his image. He finds out about Will’s father, who was sent to prison years ago when he accidentally killed a child while driving drunk. Ben then starts to call Will “Dewey” (just as other students did at his old school), which stands for “DUI” (“Driving Under the Influence”). Will detests this nickname because it reminds him of his father, whom he is ashamed of. Soon after, Charlotte’s father dies and she decides to quit the band. Her father hated how she acted when she was with her ex-boyfriend, so after he got sick, she decided to change her image and be nicer to “people like Will.” The band members are hurt by this discovery, but they decide to go on nonetheless, with Sa5m taking over as lead singer.

On the night of Bandslam, Charlotte comes backstage to apologize to the band, and after a moment of hesitation, Will accepts her apology. Right before going on stage, however, they discover that Ben’s band (the “Glory Dogs”) have decided to play the song that I Can’t Go On, I’ll Go On were planning to perform, forcing them to change their act at the last minute. Will suddenly remembers the video Sa5m’s mother showed him earlier and suggests that they perform “Everything I Own”, since it is the only other song Sa5m knows. To buy some time, Will comes out first onstage, but at first he is embarrassingly silent. The students begin to chant “Dewey! Dewey! Dewey!”. He starts to walk off the stage, but then comes back and decides to chant with them instead. After carrying the chant for a while, he finally changes it to, “Do we wanna ROCK?!”. The band then takes the stage and performs “Everything I Own”.

Although they fail to win the competition, a YouTube video of their performance gains the band popularity at school. David Bowie sees the video and sends an e-mail to Will, explaining that he is starting an indie music label and is interested in having the band as one of their first acts. Will is so excited and overwhelmed that he falls down in the middle of the school hallway (in a similar position as the front cover of Bowie’s Lodger album).

Will and Sa5m, happily together, attend Charlotte’s graduation ceremony.