On This Day December Paris Berelc 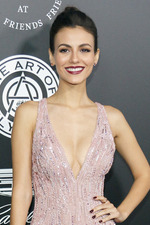 Justice made her acting debut with a guest appearance on the comedy series Gilmore Girls (2003), and rose to fame on Nickelodeon, notably playing Lola Martinez on the comedy-drama series Zoey 101 (2005–2008), Tori Vega on the sitcom Victorious (2010–2013) and as Jordan Sands in the television film The Boy Who Cried Werewolf (2010). She subsequently appeared in the teen film Fun Size (2012), the romance film The First Time (2012) and the drama film Naomi and Ely’s No Kiss List (2015), the teen comedy film The Outcasts (2017) and the thriller film Trust (2021), and also starred in the lead role of Lindy Sampson on the MTV television series Eye Candy (2015).

In music, Justice has recorded several songs for the soundtracks of her acting projects, including Victorious and the 2009 Nickelodeon musical Spectacular!. Her debut single, “Gold” was released in 2013. She took a 7-year hiatus from music, making her comeback with the track “Treat Myself”, released in December 2020.

On This Day December Genevieve Hannelius

On This Day December Kaitlyn Dever 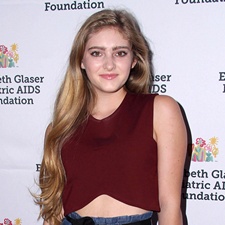 She rose to widespread fame for her portrayal of Primrose Everdeen in the sci-fi dystopian adventure film series The Hunger Games (2012–2015), which is one of the highest-grossing film franchises of all time. She earned nominations for a Young Hollywood Award and an MTV Award for her performance in the franchise’s second and final instalments respectively.

Shields made her acting debut with a guest appearance on the drama series In Plain Sight (2009), and subsequently starred in a supporting role in the television film Beyond the Blackboard (2011). Following The Hunger Games series, she has since achieved mainstream recognition for headlining the international-production fantasy film Into the Rainbow (2017), and playing Lorian in the drama film Woodstuck or Bust (2019) and Serena in the Netflix drama series Spinning Out (2020).

Hotel manager Willow returns to her stunning Virginia hometown to help her sister plan a Christmas wedding at the inn her family once owned. She must work with current owner and single dad David, who wants to let go of the past.