Pompey have signed Mahlon Romeo on a season-long loan deal from Millwall.

The 25-year-old right-back appeared against the Blues in a Carabao Cup tie at The Den earlier this month.

The Antigua & Barbuda international began his career at Gillingham and signed for Millwall in the summer of 2015.

He has made 221 appearances for the Lions and featured more than 100 times for them in the Championship.

Romeo played the full 90 minutes of their League One play-off final victory over Bradford at Wembley in 2017.

He is the son of musician Jazzie B, who – as part of the R&B group Soul II Soul – secured a UK number one single with ‘Back To Life’.

The 18-year-old has represented England at youth level and made his senior debut for the Gunners in last season’s Europa League victory at Dundalk.

Azeez joined Arsenal at the age of five and penned his first professional contract with the London giants in September 2019.

He has also featured four times for the club in the EFL Trophy, scoring the winner in a group match at Crawley last season.

Azeez was recently called up to the England under-20 squad for their friendly with Romania at St George’s Park next Monday (September 6, 2021).

On This Day August Johanna Braddy 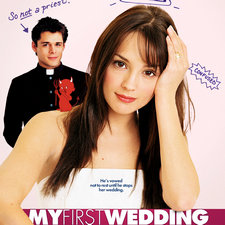 A young lady (Rachael Leigh Cook) about to get married realizes that she has a problem: she fantasizes about every man she sees. She goes to confess at church but unknowingly confesses to a young man (Kenny Doughty) who is not a priest. He agrees to help her, but falls in love with her along the way. Unfortunately she still thinks he is a priest. 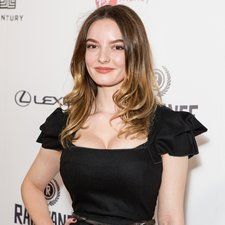 A second half strike from Callum Lang saw Pompey’s unbeaten start to the League One season ended at Wigan.

They had looked in control for long periods of the DW Stadium contest, but did not do enough to test Ben Amos between the sticks.

There had not been much to cause concern from the Latics either, until Lang was left alone to score in the closing stages.

Danny Cowley made three changes from the side that played out a goalless draw at Doncaster the previous week.

Marcus Harness returned from a quad injury to join the forward line, while there were also starts for Lee Brown and Shaun Williams.

Reeco Hackett-Fairchild, Gassan Ahadme and Connor Ogilvie dropped to the bench, where they were joined by recent arrival Louis Thompson.

Former Fratton favourites Jack Whatmough and Tom Naylor were both named in the hosts’ side following their summer switches.

Pompey controlled possession before the break, although there were not many clear-cut openings at either end.

The best for the visiting side came in the early stages, as Sean Raggett met a Williams corner with a downward header that was cleared from the line by Tendayi Darikwa.

Jordan Jones thought he should have won a penalty at the other end after trying to burst through two defenders and tumbling to the turf.

But referee Christopher Sarginson immediately waved the appeals away, much to the chagrin of the home support.

The Blues soon broke threateningly down the right and a delivery from Harness found Ronan Curtis unmarked in the box.

He was able to get a shot away, but it was blocked before it could trouble Amos, who then did the mopping up.

Pompey were passing the ball around nicely and getting into some dangerous positions, without being able to perfect that crucial final pass.

And they almost paid for some dithering at the back just before the break, with a Tom Pearce cross not properly dealt with.

The ball landed kindly at the feet of Darikwa, whose low drilled effort was smothered by Gavin Bazunu.

Pompey started the second half brightly and Curtis burst forward after winning possession, only to be denied by a fine sliding challenge from former team-mate Naylor.

And then, just a few moments later, it was Whatmough making a key tackle to stop the Republic of Ireland international’s path to goal.

Wigan, meanwhile, were guilty of some sloppy play and a few lapses in concentration allowed the Blues to get forward.

Some patient build-up work eventually saw Kieron Freeman provide a dangerous cross, but Curtis could not keep his header down.

After a spell of Latics pressure, Cowley made a couple of changes in quick succession midway through the second half.

Hackett-Fairchild and George Hirst were the players brought on, with Ryan Tunnicliffe and John Marquis making way.

However, it was a substitute for the home side who started the move that provided a breakthrough on 78 minutes.

James McClean found Pearce and he sent in a low cross from the left that evaded a few players, but found Lang, who calmly slid it into the net.

Pompey immediately set about trying to find an equaliser and Gassan was added to the attacking options.

Wigan held firm, however, to secure all three points and dent the Blues’ promising start to the season.

On This Day August Katie Findlay

Callum Johnson has joined fellow League One side Fleetwood on a season-long loan deal.

The 24-year-old right-back has played 48 times for Pompey since arriving from Accrington last September.

He has featured twice this term, including a late cameo appearance at Highbury Stadium on the opening day.

Johnson has recently returned from a three-match ban after being controversially sent off against Millwall in the Carabao Cup.

On This Day August Taylor Richardson