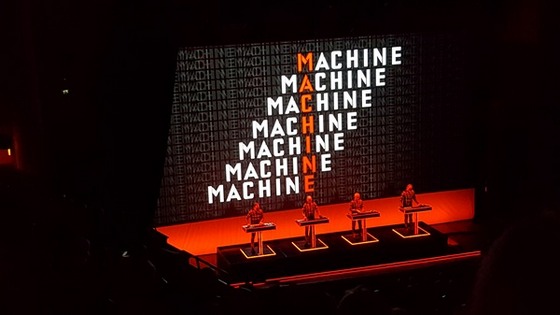 Not seen Kraftwerk since the Computer World tour of 1982

Tickets sold out very quick but we managed to get in at Bristol on an absolutely glorious day. Plenty of drink before hand, a necessity as we were going dressed up in traditional red shirt and ties.

Kraftwerk were visually impressive, never sure how much they actually play live but that’s not the point. It’s the total experience of one of musics great pioneers that counts.

Portsmouth Football Club are delighted to announce the appointment of Kenny Jackett as first team manager.

The club are in advanced talks with Joe Gallen – who has worked with Jackett at QPR, Millwall and Wolves – about becoming assistant manager.

Jackett said: “This is a fantastic opportunity for me and I’m looking forward to getting started. It’s an exciting challenge.

“This club has a passionate fan-base and they can be a 12th man for us. Hopefully we can build on the momentum of last season and continue to progress.

“I can promise that I’ll work as hard as I possibly can to make sure that we can bring success to Portsmouth.”

Blues chief executive Mark Catlin added: “We’re delighted to announce Kenny as our new manager – he ticks so many boxes for us.

“He’s managed big clubs with big expectations in the past and has plenty of experience of getting sides out of League One.

“Kenny also has a history of implementing strong structures to move clubs forward and this was key in our decision-making process. We’re excited about him bringing his philosophy of development to Pompey.”

Jackett spent his entire playing career with Watford and later enjoyed promotion success as a manager with Swansea, Millwall and Wolves