Pompey have signed goalkeeper David Forde on a season-long loan from Millwall.

The 36-year-old Irishman has made 339 appearances for the Lions since joining them in the summer of 2008.

He progressed through the ranks at Galway United and later featured for Barry Town and West Ham before returning to his first club.

Derry was Forde’s next stop and he won three cup competitions with the Candystripes, then moved back to the English leagues with Cardiff and Millwall.

He helped the Londoners win promotion to the Championship via the play-offs in 2010 and was named the club’s Player of the Year in 2013/14.

Forde has won 24 Republic of Ireland caps and was part of the squad that travelled to Poland for Euro 2012.

Pompey and Adam McGurk have agreed a deal for the striker to leave Fratton Park.

The 27-year-old Northern Irishman has now signed for fellow League Two side Cambridge.

He joined the Blues last summer after two years with Burton, where he was a fourth tier title winner.

McGurk scored six goals in 36 appearances for Pompey, including a brace against Macclesfield in the first round of the FA Cup. 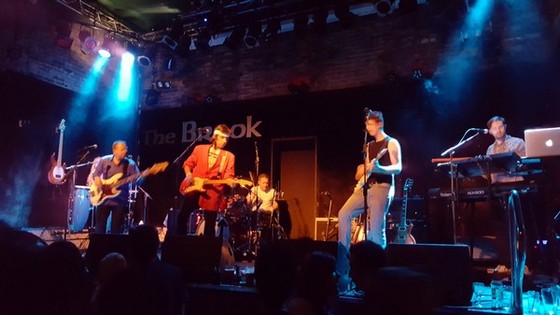 Went to see a Dire Straits tribute act at The Brook in Southampton.

Dire Straits are far from one of my favourite bands but it was a good evening and they are a very good tribute band. Musically spot on but I think he could lose the very cheesy headband.

Pompey and Matt Tubbs have agreed a deal for the striker to leave Fratton Park and join Forest Green.

The 31-year-old scored 14 goals in 40 appearances for the Blues after signing from Bournemouth in January 2015.

Pompey have signed striker Curtis Main from Doncaster for an undisclosed fee.

The 24-year-old has penned a two-year deal at Fratton Park, with the club having an option for a third year.

Main started his career with Darlington, where he made his senior debut at the age of just 15.

He soon attracted the attention of Middlesbrough, spending three years with the Teesside club and making 48 Championship appearances.

Doncaster signed Main in the summer of 2014 and he scored 11 goals in 58 games for them, while also spending time on loan at Oldham last season.

Pompey have signed defender Tom Davies on a two-year deal.

The 24-year-old was available on a free transfer after leaving Accrington at the end of last season.

He appeared in all three of Stanley’s games against the Blues last season and is looking forward to now having the Fratton faithful on his side.

Davies started his senior career in the non-league game with Team Northumbria and FC United of Manchester before moving to Fleetwood in 2014.

He arrived at Accrington last summer and scored once in 39 appearances during his single season with Stanley.