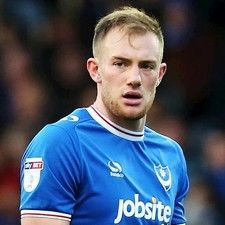 Pompey have signed Matt Clarke on loan from Championship side Ipswich until January.

The 18-year-old centre-back has already featured three times for the Blues in pre-season and scored in the 2-0 triumph at Woking.

He will wear the number 20 shirt during his time on the south coast.

Clarke is a graduate of Ipswich’s academy and has made five senior appearances for the Tractor Boys.

He made his senior debut at Crawley in a Capital One Cup clash last August.