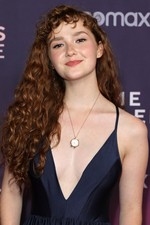 As a young teen, Taylor Richardson made it to the Holy Grail for child actors, playing the title role in the Broadway production of “Annie” in 2013. Her first on-screen role was playing the daughter of Oscar Isaac and Jessica Chastain in the film “A Most Violent Year” (2014). The same year, she played a small role in the feature adaptation “Annie” (2014), which starred Quvenzhane Wallis and Jamie Foxx. She played the autistic daughter of Famke Janssen in the indie film “Jack of the Red Hearts” (2015). In 2018, Richardson was set to make her series-regular debut on “Rise” (NBC, 2018-), a drama centred on the performing arts department at an inner city high school.