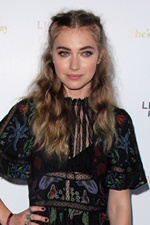 She played Tammy in the post-apocalyptic horror film 28 Weeks Later (2007), Linda Keith in the Jimi Hendrix biopic Jimi: All Is by My Side (2013), Debbie Raymond in the Paul Raymond biopic The Look of Love (2013), and Julia Maddon in the American action film Need for Speed (2014). Also in 2014, she portrayed Jesse Crichton in A Long Way Down, alongside Pierce Brosnan and Aaron Paul. In 2016, she starred as Kelly Ann in the Showtime series Roadies. In 2020, she played Laura in the Academy Award winning The Father (2020), which starred Anthony Hopkins and Olivia Colman.