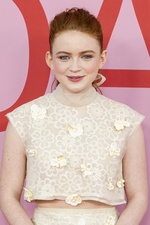 She portrayed Max Mayfield in the Netflix television series Stranger Things and Ziggy Berman in the Netflix horror film trilogy Fear Street. Sink has also worked on Broadway, with credits including Annie and The Audience. She also starred in Taylor Swift’s All Too Well: The Short Film.