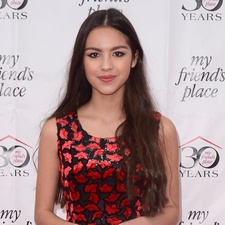 She signed with Interscope and Geffen Records in 2020 and released her debut single, “Drivers License”, in 2021, which quickly topped various charts worldwide giving Rodrigo her breakthrough. It was followed by successful singles “Deja Vu” and “Good 4 U”, leading up to the release of her critically acclaimed debut studio album, Sour, which topped charts across the globe. Rodrigo has earned seven Grammy nominations, including Best New Artist, Album of the Year for Sour, and Record of the Year and Song of the Year for “Drivers License”. She was named Time’s Entertainer of the Year (2021).