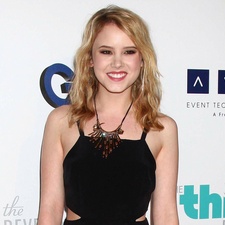 She is best known for her TV series, such as ‘Days of Our Lives,’ ‘Melissa & Joey,’ and ‘Kevin Can Wait.’ This beautiful damsel won a state-wide beauty and talent competition as a six-year-old child. She was named as one of the ‘Hottest Newcomers’ by ‘Soap Opera Digest,’ at 16. She stepped into the entertainment industry as a model and landed up with a national campaign for ‘Motrin,’ which was her first appearance in a commercial. Moving on, she appeared in advertisements for various brands, such as ‘Chuck E. Cheese’s’, ‘Hess,’ and ‘JIF.’