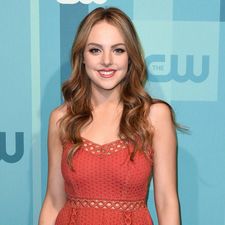 Gillies made her Broadway debut at age 15 in the musical 13, playing the character of Lucy. She made her first television appearance in The Black Donnellys (2007), later starring as Jade West in the Nickelodeon series Victorious (2010–2013). From 2011 to 2014, she provided the voice of Daphne in Nickelodeon’s Winx Club, and she had a main role in the FX comedy series Sex & Drugs & Rock & Roll (2015–2016). Since 2017, Gillies has starred as billionaire heiress and energy executive Fallon Carrington in The CW’s series Dynasty, a reboot of the 1980s series of the same name. She has also appeared in various feature and television films, including the horror film Animal (2014), the television film Killing Daddy (2014), the comedy film Vacation (2015), and the black comedy thriller film Arizona (2018).

Gillies made her debut as a singer on Victorious with the song “Give It Up” in 2011, singing alongside Ariana Grande. She released other songs while on the show, including “You Don’t Know Me” and “Take a Hint”, singing alongside Victoria Justice, both songs being part of the Victorious soundtrack.