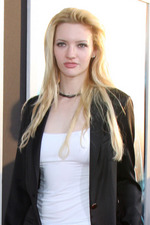 She has appeared in films such as Pride & Prejudice, St Trinian’s, The Boat That Rocked, St Trinian’s 2: The Legend of Fritton’s Gold, and Inception. Riley portrayed Angela on the HBO science-fiction Western television series Westworld.