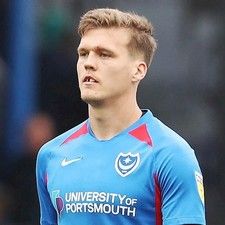 Pompey have signed defender Sean Raggett on a two-year deal following his release from Norwich City.

He was the last Blues player to find the net before the league was suspended in March, scoring in a 2-2 draw with Fleetwood.