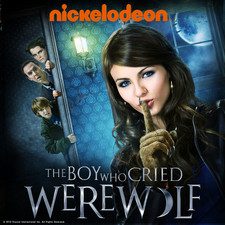 Jordan Sands (Victoria Justice) is an awkward and nerdy 17-year-old girl with a bad case of allergies, who just became the woman of the house after the recent death of her mother. Her father David (Matt Winston) is struggling to make ends meet, while her 14-year-old brother Hunter (Chase Ellison) drives the family crazy with gory pranks. They inherit their deceased mother’s Great-Uncle Dragomir’s castle in Wolfsberg, Romania after getting a package in the mail. After arriving in Wolfsberg, they meet the strange and steely castle housekeeper, Madame Varcolac (Brooke Shields).

Varcolac discourages David from selling the property, but he ends up going on dates with and falling for the real estate agent Paulina von Eckberg. One day, while snooping around Dragomir’s lab, Jordan steps on a vial of strange liquid. Hunter manages to pull the pieces out from her foot, but Jordan’s behavior changes, such as her allergies disappearing, seeing without glasses, and smelling things very far away. Hunter’s friends explain that Jordan’s behaviors are akin to a werewolf’s, and that she is one because of either a bloodline curse, a bite from an infected person, or getting the blood of a werewolf. In Jordan’s case, it is revealed to have been LB-217, short for “Lycanthrope Blood”.

Jordan continues to succumb to the changes. After her date with Goran, the young butcher, Jordan turns into a werewolf, which Hunter witnesses. She flees and Hunter contacts his friends for help. They reveal that there is no cure they know of other than shooting a werewolf dead with silver. Hunter refuses to do this to his sister. His friends warn that if Jordan is not cured by the next sunrise, she will always be a werewolf, cursed to shift every night until the end of her life.

They find Varcolac, who reveals that Dragomir was also a werewolf and was the “Wolfsberg Beast”, protector of the castle and Wolfsberg itself. Vampires attempted to take over the castle, but Dragomir stopped them before he was ultimately killed. Before his death, Dragomir was working on a possible cure to lycanthropy; however, it will take time to gather the ingredients. Paulina offers the siblings a ride home, but Jordan struggles in trying to resist her transformation. The car breaks down and the Vampires come out, along with Paulina, who is a Vampire; she reveals she killed Dragomir to get the manor and will now kill Jordan. Jordan and Hunter are locked in the trunk and brought to her hideout, where Jordan succumbs to the change and is restrained. Hunter leads David to the hideout as they witness Paulina attempting to kill Jordan.

Hunter suddenly turns into a werewolf himself; he is part of the bloodline. The werewolves attack the Vampires before witnessing the rising sun. They use this to their advantage and kill them with the sunlight, with Jordan defeating Paulina in a final showdown. Jordan and Hunter return to the manor, where Hunter’s blood is used in the antidote, which successfully subsides Jordan’s werewolf side since she took it after her first full moon, becoming half-human and half-werewolf. Varcolac is allowed to continue working there, and gives the Sands the money they inherited from Dragomir. Hunter also becomes the Wolfsberg Beast to take Dragomir’s place.

The family returns to California, where Jordan demonstrates a new confidence and power at school and Goran transfers to be with her. David also finds a new love interest. In a twist, it turns out that Paulina was not killed by Jordan after all, and has moved to their neighborhood.

The movie ends as the cast sings “…Baby One More Time” on karaoke.