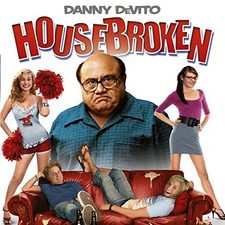 In order to enjoy his retirement from the fire department, a father named Tom Cathkart (Danny DeVito) takes drastic measures to get his twenty-something, slacker sons to move out and fend for themselves. They continue to try to make their own film company, called Cathkart productions.

Tom eventually gets sick of his sons slacking off and he leaves them alone while he takes his wife Mary Cathkart (Katey Sagal) and all the food with him, leaving his sons to no option but to take care of responsibilities in and around the house. They decide to open their own bed and breakfast and they let their friends to stay at the house for money.

Eliot (Ryan Hansen) falls in love with Sarah (Caitlin Crosby) and his brother Quinn (Skyler Stone) gets jealous of his success with the film company. Eliot then leaves and his brother finds it hard to manage without him.