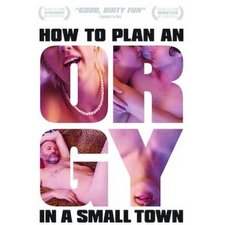 The film stars Jewel Staite as Cassie Cranston, a newspaper sex columnist returning to her hometown for her mother’s funeral, for the first time since being slut-shamed by her high school classmates who caught her trying to lose her virginity. In trouble with her publisher because many of the sex stories she has written about were actually fictional, and with her former friends and neighbours because she has often written about them as yokels and rubes, she tries to square the circle by challenging the town to plan an orgy to prove that they are not as provincial as she has depicted them, in turn giving her the opportunity to write a new true story.