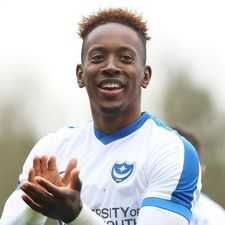 Jamal Lowe has completed a move to Championship side Wigan for an undisclosed fee.

The 25-year-old winger scored 29 goals in 119 appearances during his two-and-a-half years at Fratton Park.

He arrived at Pompey from Hampton & Richmond in January 2017 and helped them secure promotion in his first season.

Lowe netted twice on a memorable day at Notts County that secured a spot in League One for Paul Cook’s side.

He also scored a stunning strike at Wembley back in March, as the Blues beat Sunderland on penalties to lift the EFL Trophy.