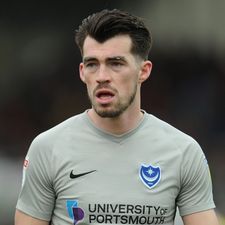 Pompey have signed striker John Marquis from Doncaster for an undisclosed fee.

The 27-year-old – who had a short loan spell at Fratton Park in 2013 – has penned a three-year deal, with a club option for a further 12 months.

Marquis began his career with Millwall and was handed his professional debut by Jackett at Bristol Rovers in 2009.

He had several stints out on loan, including a two-month stay at Pompey in the first half of the 2013/14 campaign.

Marquis netted two goals in six appearances, grabbing a consolation in a 4-2 defeat at York and then scoring in an EFL Trophy win at Oxford.

He signed for Rovers in the summer of 2016 and struck 67 times in 153 appearances during three years in south Yorkshire.

Twenty-six of those goals arrived last term, as Doncaster suffered a penalty shoot-out defeat to Charlton in the League One play-offs.