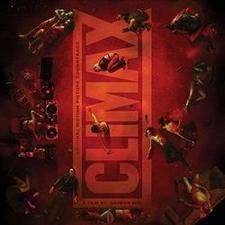 A series of audition tapes is depicted, in which choreographer Selva and DJ Daddy interview potential future members of a dance troupe they are creating. They discuss topics like dance, fears, relationships, sex, and drug experiences. One night during the winter season in 1996, in an abandoned school, the collected dancers rehearse an elaborate routine before starting an after-party. They dance and drink sangria made by the troupe manager, Emmanuelle. The diverse group has several personal issues and share gossip about one another during the celebration.

As the party progresses, the dancers get increasingly agitated and confused and eventually come to the conclusion that the sangria has been spiked with LSD. At first, they accuse Emmanuelle since she made the drink, but she points out that she drank it and is also suffering from its effects. Taylor, already resentful towards Omar for dating his sister Gazelle, points out that Omar, a non-drinker, has not touched the sangria and accuses him of being the one responsible. The group gets angry and locks him outside the building in freezing conditions.

Emmanuelle sees her young son, Tito, drinking the sangria and locks him inside an electrical room to protect him from the agitated dancers. Selva goes to the room of her friend Lou, who is also feeling ill despite not having drunk. Lou confesses that she did not drink because she is pregnant. However, Dom, strongly affected by the drug, enters the room, accuses Lou of spiking the drink and kicks her several times in the stomach; Lou, injured, retching, and weeping, passes through an altercation between Alaia and Jennifer due to Jennifer’s refusal to share her cocaine, during which Jennifer’s hair is set aflame after Alaia gets physically aggressive.

A frenzied Lou confronts Dom on the dance floor, but the group, all heavily affected by the LSD at this point, turns on her and accuse her of having spiked the drink. At first taking up a knife to defend herself, the taunts of the group cause her to have a breakdown, and Lou ends up beating her own stomach and slicing herself with the knife on her face and arm as the group encourages her to kill herself, before being comforted by Eva.

Emmanuelle, who has lost the key to the electric room in which Tito is locked, searches for it to try to free her son, who is screaming due to hallucinations. When the school suddenly loses power, someone laughingly shouts that Tito has electrocuted himself.

Ivana takes a heavily hallucinating Selva through the halls passing Eva in a shower trying to wash off the blood from Lou’s cuts. Entering Ivana’s room the two take shelter and begin to have sex. David discovers the two and is kicked out. David tries to enter DJ Daddy’s room but is also evicted. Rejected, David encounters Gazelle as her brother, Taylor, attempts to have sex with her. Gazelle flees from Taylor and stumbles into the central hall where the remaining dancers have truly lost their minds, dancing, writhing on the floor, chanting in tongues, having sex with one another, or beating each other up. Taylor catches up to Gazelle and takes her to his room while David is attacked by another dancer who slams his head against the floor.

When police arrive the next morning, they find the dancers unconscious or dead. Omar has frozen to death outside while Emmanuelle has killed herself outside the electrical room out of grief. Tito lies beside the open door of the electrical junction cabinet. Gazelle wakes up next to Taylor, seemingly having forgotten the evening as Taylor instructs her not to say anything. Eva is sprawled in the shower cubicle naked. Jenniffer splashes water on her burned scalp, weeping. Lou exits the building, and writhes outside in snow laughing uncontrollably.

As the police search the building, Psyché, who has several books related to hallucinogens in her bag, and apparently suffering no ill effects from the acid, goes to her room and drops drugs into her eyes.