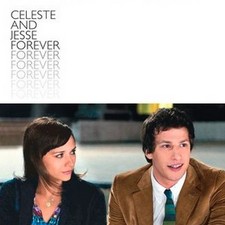 Celeste (Rashida Jones) and Jesse (Andy Samberg) start dating in high school and eventually marry young. Their relationship is shown in a photo montage; the montage ends with Celeste walking away from Jesse during a party.
Celeste and Jesse still get along well. Celeste is a successful trend analyzer and runs her own media company with her partner, Scott (Elijah Wood). Celeste’s media company has just signed Riley Banks (Emma Roberts), a teen pop star whom Celeste does not respect and had openly bashed during a previous television interview. Jesse is an unemployed artist in no hurry to find a job.

Celeste decides to separate but promises to stay friends and date other people. Jesse passively agrees, still in love with her and hoping for her to come back around. Celeste and Jesse’s continuing closeness after their separation and in the process of divorcing becomes increasingly annoying to their mutual, engaged best friends, Beth (Ari Graynor) and Tucker (Eric Christian Olsen). Beth tries to reason with Celeste and Jesse about their weirdness of their arrangement, but Celeste rationalizes that it is better for the two to maintain their friendship. Their other mutual friend, Skillz (Will McCormack), agrees that it is time for the two to move on with their lives.

Celeste is at first content with her current situation until they spend a night together. Realizing that a reconciliation is not possible, Jesse finally decides to move out while ignoring Celeste’s apologies. One day, Jesse announces that his new girlfriend, Veronica, is pregnant, which does not sit well with Celeste. She expresses her concern to Beth, who questions her about having second thoughts with the divorce. To distract herself, Celeste takes up exercising and dates other people.

During her date with Max (Rich Sommer), Celeste runs into Jesse. The encounter becomes awkward for Celeste, but not for Max who gets along with Jesse. Having gone through his own divorce, Max then confronts Celeste that she’s not ready to be dating again and to take her time. After a few more awkward dates with other men, Celeste meets Paul (Chris Messina) in yoga class and dresses him down for trying to hit on her before eventually warming up to him after meeting him again at a party. Jesse takes on more responsibility for Veronica and matures along the way. Celeste realizes that her decision to divorce Jesse was impulsive and selfish, and wants to reunite with him. They then fight and go their separate ways on bad terms.

Celeste later gets a call from Riley asking her to come over. Celeste believes that Riley is angry over the logo she designed for her that unintentionally resembles a penis penetrating a butt, which sparks controversy with her tween fanbase. She arrives at Riley’s house to find her in tears. Riley reveals that she has had a secret boyfriend, who she discovered has been cheating on her. They form an unexpected bond over their shared heartbreak and become friends. At a nightclub with Riley, Celeste realizes the logo appeals to Riley’s gay fan base, and they could leverage this to make her the next Lady Gaga. While walking with Riley, Celeste runs into Rupert (Rafi Gavron) a young, attractive model she had rejected after an awkward date and introduces him to Riley.

At Beth and Tucker’s wedding, Celeste makes a toast. She tells the newlyweds to appreciate each other, be patient, and try harder, like she should have. This speech touches Jesse, and he thanks Celeste.

On a karaoke date, Celeste informs Paul of her need to take some time to recover from the divorce, which he says he understands. We then see Celeste and Jesse finally signing their divorce papers and laughing at each other’s inside jokes. Their lawyers look on, confused by their laughter. Celeste wishes Jesse well. She finally asks Jesse if he loves Veronica, to which he responds that he does. Celeste encourages him to keep fighting for it and they have one last kiss.