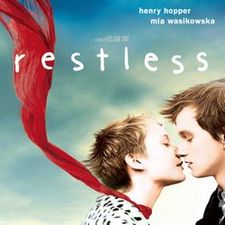 A young man, Enoch, is out of school and has been befriended by a ghost of a Japanese kamikaze pilot. For unexplained reasons, he attends the funerals of strangers without invitation; at one of these he meets a young woman, Annabel, who says she works with children who have cancer, and the two start spending time together.

Later Annabel acknowledges she has cancer herself, a fact which Enoch appears to accommodate, even when Annabel discovers she has only three months left to live. As their relationship becomes romantic, Enoch’s placidity is explained by his own history of near-death experiences, but when the loss of Annabel becomes a reality his behaviour betrays more evidence of turmoil. Annabel accepts and reacts to this.

At Annabel’s memorial Enoch asks to speak, but before he says anything memories of the couple’s happiness together appear to resolve his grief.