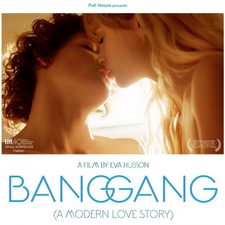 Is this a drama or a sex education film on the evils of promiscurity? A traditional European mix of drama and erotica.

In Biarritz, teenager Alex temporarily lives alone (and later with his best friend Nikita) while his mother is abroad for work. In his house he organizes sex parties (called bang gangs) with other teenagers, also including recreational drug use. Videos of the parties are posted on a password-protected website. The girl George and her best friend Laetitia are active participants of the parties.
George does not like that Laetitia has sex with Alex, with whom George had sex first. Gabriel does not like to attend the parties at first, but finally goes to one to have sex with George, in a separate room. Sexually transmitted infections, a teenage pregnancy and unintended posting of the videos on YouTube make the parties known to parents and other authorities, after which they are discontinued. Gabriel and George are concerned about publicized sex videos of George. Gabriel finds the boy who posted them and forces him to remove them. The infections are easily treated. The pregnant girl has an abortion. George and Gabriel start a regular relationship.