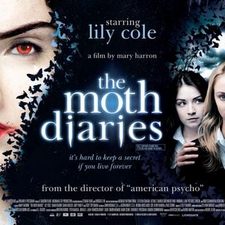 At an exclusive boarding school for girls, 16-year-old Rebecca writes her most intimate thoughts in a diary. Two years earlier, Rebecca’s father, a poet, took his own life by slitting his wrists. Her mother transferred Rebecca to the school, hoping to help her daughter escape the memory of her father’s death. With the help of her best friend and roommate, Lucy, Rebecca soon recovers.

The following year, a mysterious, dark-haired girl named Ernessa Bloch enrols into the school. Lucy quickly becomes best friends with Ernessa and becomes distant from Rebecca. Ernessa’s presence makes Rebecca feel uneasy. She tries to confront Lucy about Ernessa’s dark secrets, but her pleas are dismissed as jealousy. Eerie things start to happen. First, Charley gets expelled because of Ernessa. Dora dies in a freak accident shortly after spying on Ernessa’s room, and a teacher is found murdered in the woods. Tension starts to grow at the school.

To Rebecca, Ernessa is an enigma. She seems like she can walk through closed windows, and she is often seen lingering around the basement (a place where students are forbidden to go). Rebecca thinks Ernessa is a vampire.

Ernessa slowly gets rid of Rebecca’s close friends, leaving Rebecca to find out what is happening by herself.

A new English teacher, Mr Davies, arrives at the school. Mr Davies shows particular interest in Rebecca. The two share ideas on Romantic literature and poetry. Rebecca soon learns that vampires do not necessarily drink blood, but they can drain the lively spirit out of their victims. Mr Davies addresses himself as a fan of Rebecca’s poet father. Rebecca turns to Mr Davies for help, and, during their conversation, the two kisses but Rebecca pulls away.

Ernessa confronts Rebecca in the library and presents her with a sharp razor and elaborates on the pleasure of death. Another time, Ernessa sings a disturbing nursery rhyme about “The Juniper Tree” and then slits her own wrists, causing blood to rain down on her and Rebecca. Afterwards, Ernessa and the blood disappear.

Lucy is sent to the hospital, but only Rebecca knows that Lucy is sick because of Ernessa. Rebecca tries to convince Lucy that Ernessa is the root of all their problems, but Lucy refuses to listen and profanes at her. She tells Rebecca that she is not the “old Lucy” anymore and that Rebecca’s refusal to see this is what has really spoiled their friendship. Although Lucy recovers for a couple of days, she soon dies after Ernessa completely drains the life out of her.

Rebecca steals the keys to the basement, and after entering, sees an old suitcase with Ernessa’s full name written on it. From an old diary, Rebecca learns that many years ago Ernessa’s father also killed himself, and Ernessa, unable to cope with the grief, took her own life thereafter. Rebecca soon learns that Ernessa has wanted Rebecca to kill herself.

Shortly after, Rebecca returns to the basement to discover Ernessa sleeping in the suitcase. Rebecca pours kerosene on Ernessa and around the coffin and lights it before Ernessa wakes up. Rebecca walks outside to see a fire truck present and her classmates standing around. Through a door, she sees the ghost of Ernessa, who slowly turns around and walks into the sun before vanishing.

Knowing the authorities are suspicious of her, Rebecca is certain that Ernessa will not have left any remains. During the ride to the police station, she pulls a razor blade out of her diary and drops it out of the window, staring blankly into the distance.